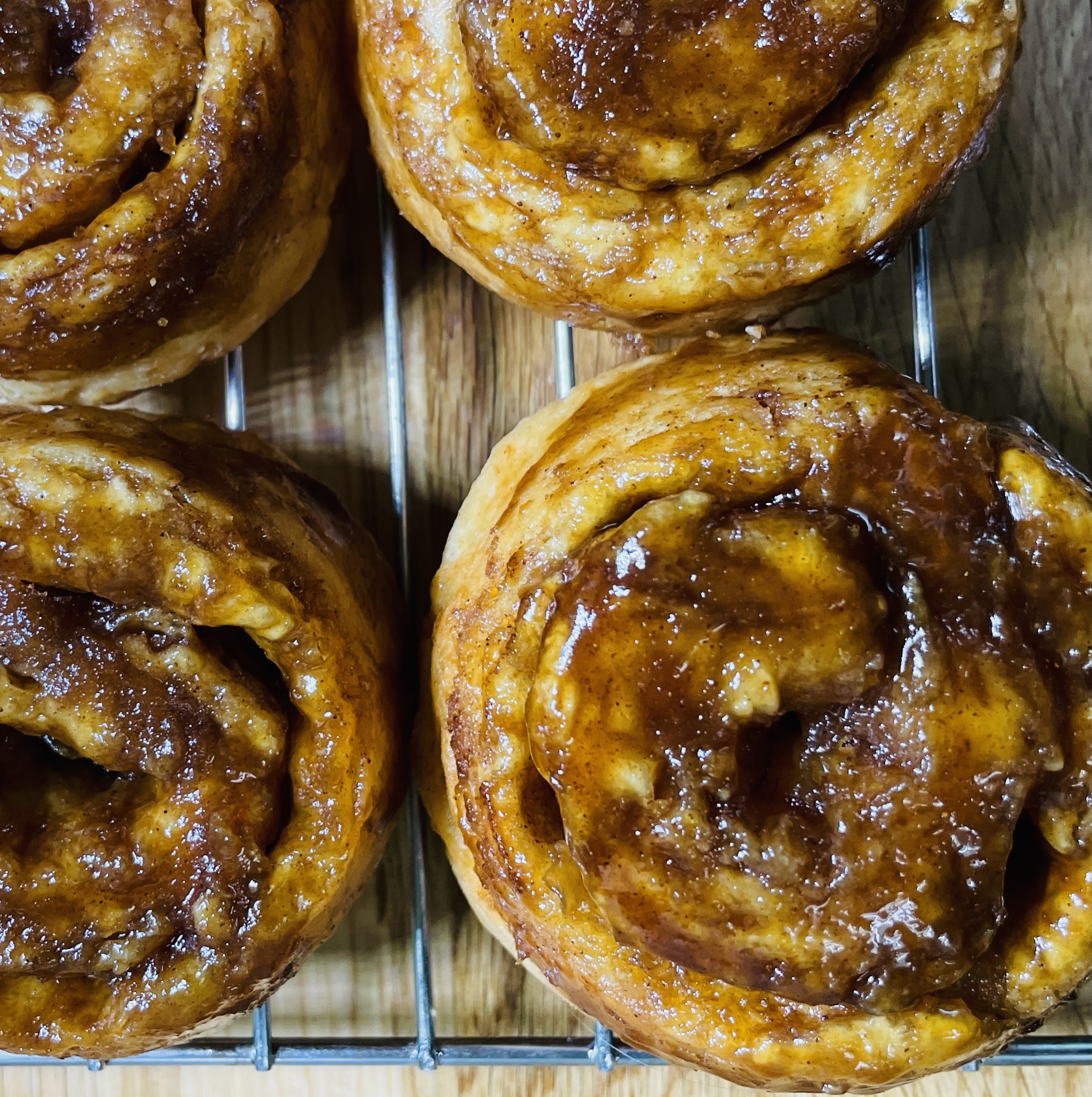 Last week my brother and I spent a few days with my mom, helping her clear out things from the house she has lived in for 50 years. It was an emotional trip down memory lane, with many laughs and a few tears. My dad passed away seven years ago this month, and giving away his things was another step in letting go. I also said goodbye to the diapers, baby toys, infant Tylenol I had kept at mom’s – my babies are no longer babies. And there was also my own childhood toys and treasures.

Books were one of the few things that came home with me and in one of them I found a recipe card for these cinnamon buns – one of mom’s signature baked goods.

Mom seemed to make these weekly and would always double the batch, so she could bring some to a friend or her church. I remember watching them cool, their caramelized tops shiny and tempting. And running my finger around the bottom of the muffin tin afterwards to try to get up the last of the sugar.

I made them this weekend and they were just as I remembered – the sticky caramelized cinnamon sugar, the crunchy donut like exterior and the tender, flaky cinnamon centre. And my kids ate them just like we used to – all 12 disappeared in moments. Next time I’ll double the batch so I can share them, like mom always did. 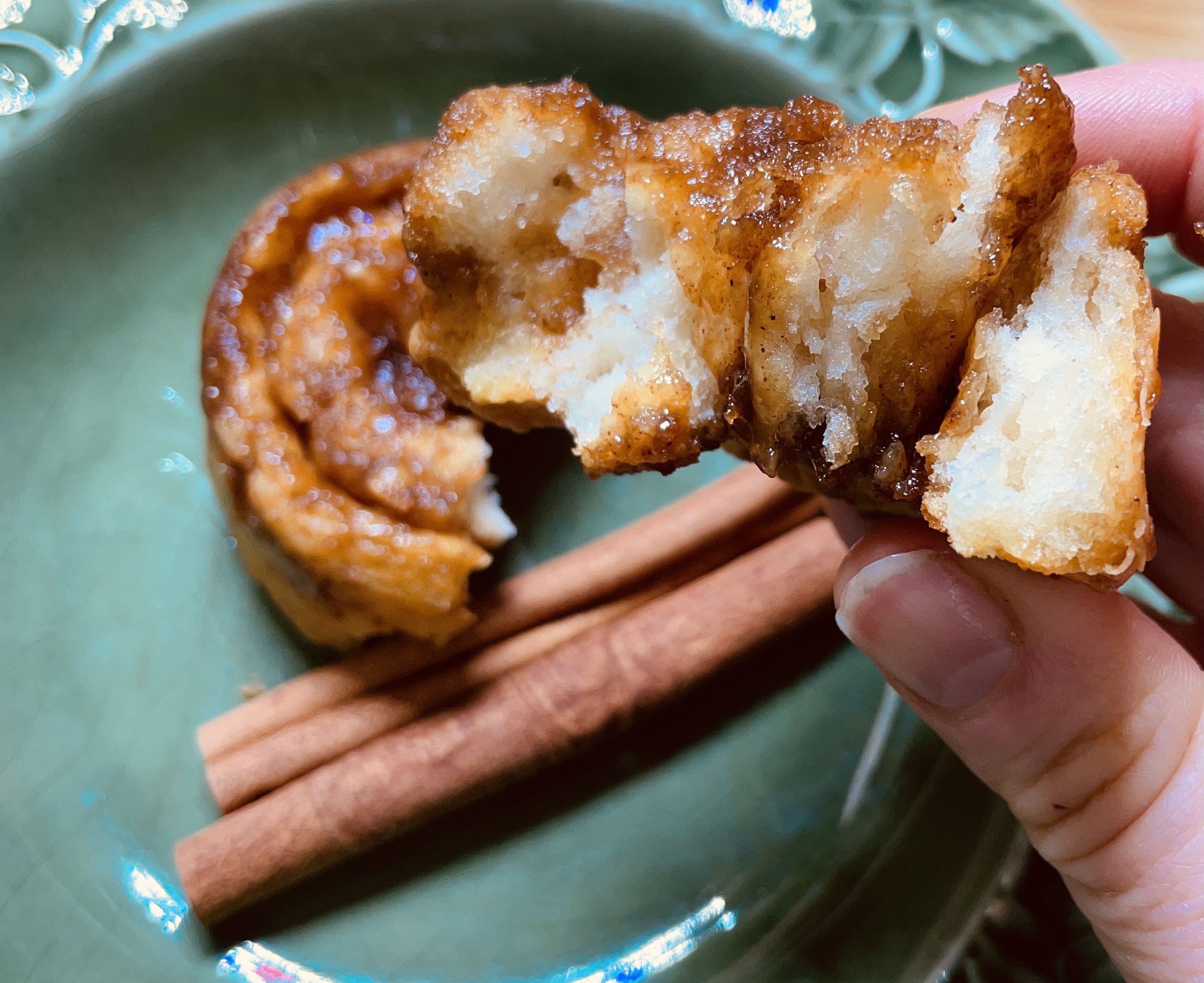 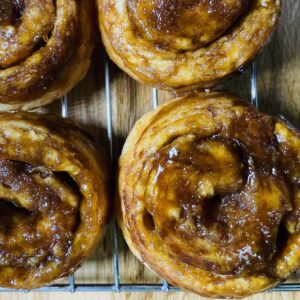 Caramelized top, crunchy outside and flaky, cinnamony sweetness inside. What else could you want? Some pecans and raisins? Ok – we can throw them in too. These whip up in a flash and are perfect to serve with coffee, brunch or as a dessert. They are made in 12 muffin cups, so technically should serve 12, but my family of five polishes them all off in a morning.
Print Recipe Pin Recipe
Prep Time 15 mins
Cook Time 15 mins
Servings 12 people

Meal Planning – Once a Month For A Month

On A Mission for Whole Life Productivity

Reflections from “When Breath Becomes Air”

Hey Star Employee – You Are Replaceable