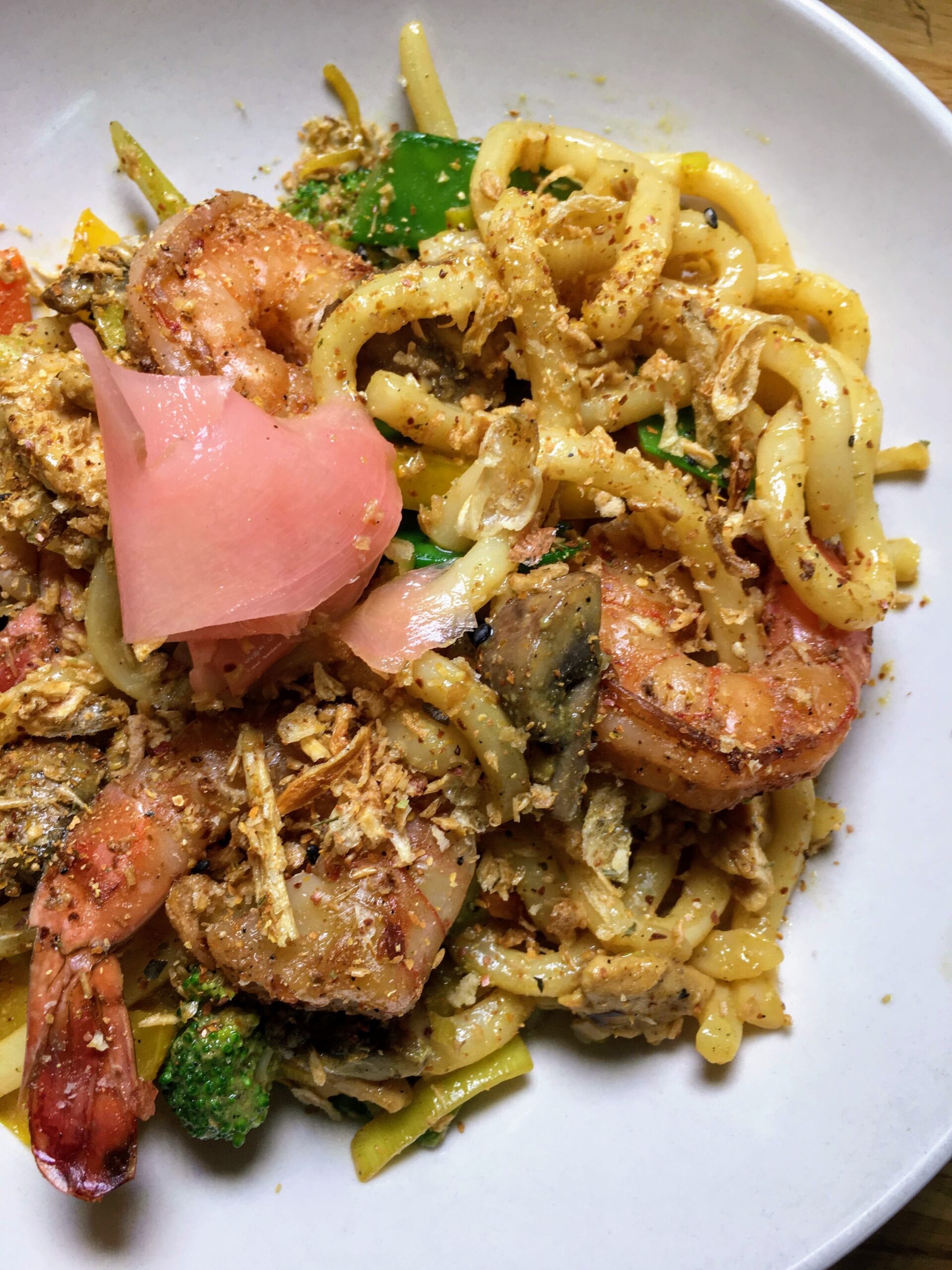 When I lived in London, one of the first restaurants I ate at was Wagamama’s in Covent Garden. It was my first time trying Japanese noodles and the waiter recommended the Yaki Udon, one of their most popular dishes. From that day, Yaki Udon became my go-to dish. Whenever someone came to visit me from Canada I would take them to Wagamama’s and get them to try the Yaki Udon too.

In 2005, after four years of living in London it was time to head back to Canada. I looked online to see if there were any Wagamama locations springing up in Canada. None in Canada, one in Boston. Too far to satisfy my craving. A friend who had also developed the Wagamama love suggested we open a franchise in Canada. We contacted the head office and at that time they weren’t franchising in Canada. Boo!

Fortunately, by the time I returned to London for a visit in 2006 Wagamama had produced a cookbook which quickly made its way to my favourites. 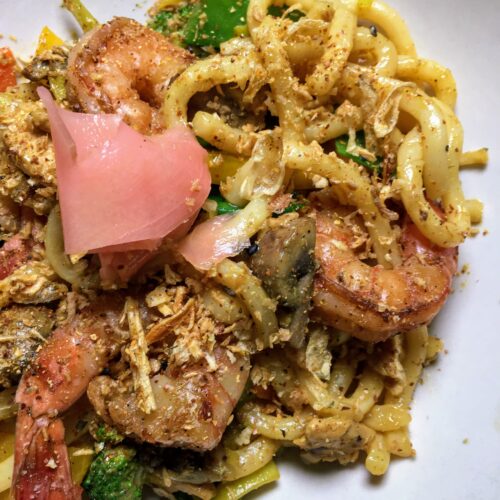 One of my favourite places to eat when I was in London was Wagamama. I tried their Yaki Udon on my first visit and it became my most frequently order dish. This version is adapted from "The Wagamama Cookbook" and packed with vegetables and flavour. The first step of the recipe is making the curry oil. To make this quicker you could just buy a Singapore Noodle Paste, but the flavour won't be quite the same. The curry oil recipe makes enough for several meals. I put it into small containers and store it in the freezer.
Print Recipe Pin Recipe
Prep Time 1 hr
Cook Time 1 hr 10 mins
Marinating 30 mins
Course Main Course
Cuisine Japanese
Servings 4

The recipe for the curry oil will make enough for about six meals. Store in small containers in the freezer.  The vegetables can  be switched to what ever you have on hand. The original Wagamama recipe uses shitake mushrooms, leeks, bean sprouts and red pepper. I like to oomph up my veggies with broccoli, carrots, snowpeas and carrots. The original recipe also calls for Chikuwa, Japanese Fishcake. I left this out, but for more authentic Wagamama Yaki Udon slice into 1/4″ rounds and add it in.
Keyword japanese, noodles, wagamama, yaki udon

This Yaki Udon recipe is based off the Yaki Udon recipe in “The wagamama cookbook”. It’s been eight years since I’ve been to London and had the authentic Wagamama version, but my memory tells me this one is pretty close.

Meal Planning – Once a Month For A Month

On A Mission for Whole Life Productivity

Reflections from “When Breath Becomes Air”

Hey Star Employee – You Are Replaceable